The Roman army recruited Syrians because of their specialist archery skills. One such unit was based on Hadrian’s Wall not long after it was built. They continued to worship Syrian goddesses while they were in Britain. It looks like the unit was still here 300 years later, when Roman rule ended. This relief, which is in the Great North Museum, shows a Hamian archer holding his bow in his left hand. 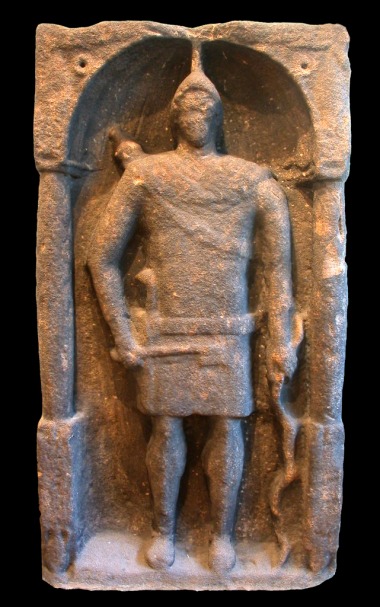 For a memorable encounter with this little known example of shared history, come to one of our free relaxed workshops on 9 or 10 May at the Great North Museum in Newcastle. Come along on the day or book your place in advance by emailing us at: rememberingromans@gmail.com

Read more about Syrian archers in Britain on these websites: